We asked producer, director and former performer Daniel Woodhouse to share with us his belief in the power of theatrical experiences.

I wasn’t taken to the theatre much as a child, the yearly boxing day tradition to see the local pantomime would have been my first introduction to live performance. So the fact the majority of my most vivid childhood memories are associated with trips to the theatre must say something about the impact this art form has on its audience.

I can still remember that feeling of sitting in the upper circle of the London Palladium in 1983 aged six, feeding from the energy of the performers like the late great Tommy Steele and Roy Castle in the original London production of Singing In The Rain. Then watching in awe as it actually started to rain on stage! Or a few years later being transported above the clouds looking down on Rusty as he sang the title song of Starlight Express.

I know as a fan of the theatre, musicals in particular, I am biased and a childhood growing up in the dance studio rather than on a sports field or locked into a gaming console means I am not the most impartial judge. But these early experiences sparked something inside that made me want to dedicate all my spare time to being in the theatre and eventually led to a career on the stage.

Part of the skill of a performer aside from delivering the right lines, singing the right notes, performing the right dance steps is to read your audience. Knowing when to explode onto the stage with energy to capture their attention or pull back on a moment to evoke emotion. You know if you’ve got it right as you can feel if the audience is with you in that moment. They clap along, laugh or fall completely silent. Sometimes they just sit and process the experience of a performance.

As an audience member you have a role to play too, the performers will feed from the energy of the crowd, which, can take a production to another level as the cast and audience go on a journey of shared emotions.

Ironically many of the insecure and shy people I know are performers hiding behind a character in the hope that at the end of their 2 and half hours on stage they will themselves feel the experience of acceptance and approval of their talents. Live theatre is definitely a two way process and when performer and audience meet in the middle it is a magical experience.

So what is it about the theatre that creates such lasting experiences? Of course, the scale of a West End or Broadway show helps with the big cast, lavish costumes, imaginative sets and special effects that leave you walking out wandering ‘how did they do that’?

That is in my opinion an immersive experience that is hard to beat. But strip this back and the simple fact of a physical person, in front of an audience, inviting them to go on a journey with them is hard to ignore. And that is what makes theatre such a powerful way of telling a story.

Our thanks to Daniel for sharing his experience with us. Blueprint are here to help you create experiences that matter for your customers in any form. If you need help or inspiration, get in touch. 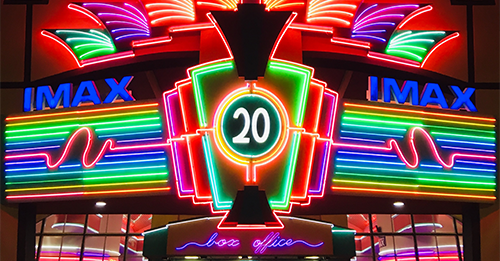 A love letter to film experiences

We asked entertainment specialist and film lover Denise Parkinson to tell us why she feels film can deliver the best experiences. 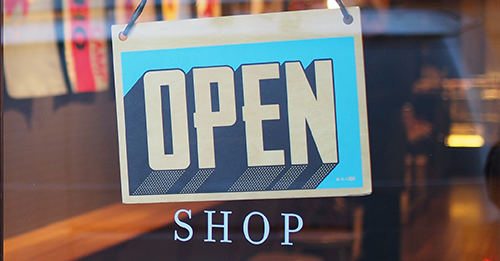 A love letter to retail experiences

We asked Retail Marketing specialist Amy Pearson, to share with us why she thinks retail can provide memorable customer experiences.